With humanity on the verge of total extinction, the love between two leaders proved that hope would always prevail. There were no shortage of pairings on Ronald D. Moore’s Battlestar Galactica reboot, but none were as powerful, as emotional, or as necessary as William Adama (Edward James Olmos) and President Laura Roslin (Mary McDonnell).

The political leader and the military commander grudgingly got along on the series… until they didn’t. Roslin’s actions were guided by faith, and Adama’s were guided by forceful survival. They were constantly at odds, and the two of them split the loyalty of the fleet right down the middle. It wasn’t until “Home, Part 2” in Season 2 that they truly found a common understanding. For humanity to move forward, they had to do it together. Their leadership was united after this. They would never be at odds again.

That’s when the unthinkable happened, the last thing that either character expected. Their compromises turned to book-gifting friendship, and then that friendship turned to love. They weren’t looking for it, but it was what they both needed. It was what humanity itself needed.

There were a few factors in play behind the scenes as to what made the coupling work so well. Moore and the other Galactica directors obviously guided the way. The writing for this pair was always incredible. Bear McCreary gave them a musical theme, and like all of his music his, it is transfixing and beautiful.

In the end, it was (and is) the real-life bond between Olmos and McDonnell that made it work. It was their chemistry and their mutual trust in each other. It is a friendship that has lasted, proven by the actors themselves. When reunited at New York Comic Con 2021, the pair revealed that they helped to get each other through the COVID-19 pandemic. Olmos was one of the very few people who physically visited McDonnell during this time. They aren’t Roslin and Adama, but the fact that there is still so much respect and trust between the two actors is a testament to the work that they did together.

Why is the fictional Roslin/Adama pairing so powerful? It isn’t just because it plays into the ever-popular “enemies-to-friends-to-lovers” trope, although that is almost certainly a part of it.

This is a love story that happens later in life for both characters. They’ve both loved before, and at their respective ages (in the middle of an extended apocalypse) they didn’t expect to find love again, let alone true love. They thought that they were done with all of that. They put duty above all else, because humanity was depending on them. No time for love.

Yet love found a way. It got to the point where neither character could deny it. When Roslin finally said “I love you” to Adama, his response his was, “Took you long enough.” They never shirk their duties, but in the final season, Adama leaves the fleet behind to wait alone in a Raptor on the slim chance that Roslin may return. She’d built higher walls than he had, but they came down eventually. When she thought all was lost following the discovery of Earth (the one that sucked), she was able to be vulnerable with Adama. Vulnerable, as the once-again cancer-stricken President made love to him in his quarters her without a wig on.

They didn’t hide it from anyone either. Colonel Tigh (Michael Hogan) got an eyeful one morning when he visited the Admiral’s quarters and was greeted by the President wearing nothing but a robe.

They changed one another. They challenged each other’s beliefs. Roslin became a military force, and in the Season 4 episode “Blood on the Scales” her fury her was definitely fueled by Adama being in jeopardy. On the other side, “Admiral Atheist” (Roslin’s words) ended up becoming a believer. What changed him? Laura Roslin did. He tells her as much.

Neither character thought that life had any gifts in store for them, not that either one would ever ask. In an epic surprise for both, they received the gift of each other. Humanity, in turn, received the gift of salvation. Without the bond between Adama and Roslin, without the sacrificial love that overthrows life, humanity would have been lost. Death couldn’t stop it, either. Well after their tearful farewell in a Raptor (where Laura gets to see humanity ‘s new home her), Adama still speaks to Laura. “You should see the light we get here, when the sun comes from behind the mountains. It’s almost heavenly. It reminds me of you.”

That’s an impossible standard that no real-life love could ever match, and the cynics may say that it doesn’t matter because “it’s just a story.” So what? Stories have power, and stories inspire.

It’s never too late. In the darkest of times, when you think that you’re alone and that you always will be, the universe could give you the gift of a Laura or a Bill. You’ll despise them at first, but after that? They’ll teach you strength. They’ll teach you sacrifice. They’ll inspire you to become the person that you were always destined to be.

Battlestar Galactica is streaming on Peacock.

Join SYFY Insider to get access to exclusive videos and interviews, breaking news, sweepstakes, and more! 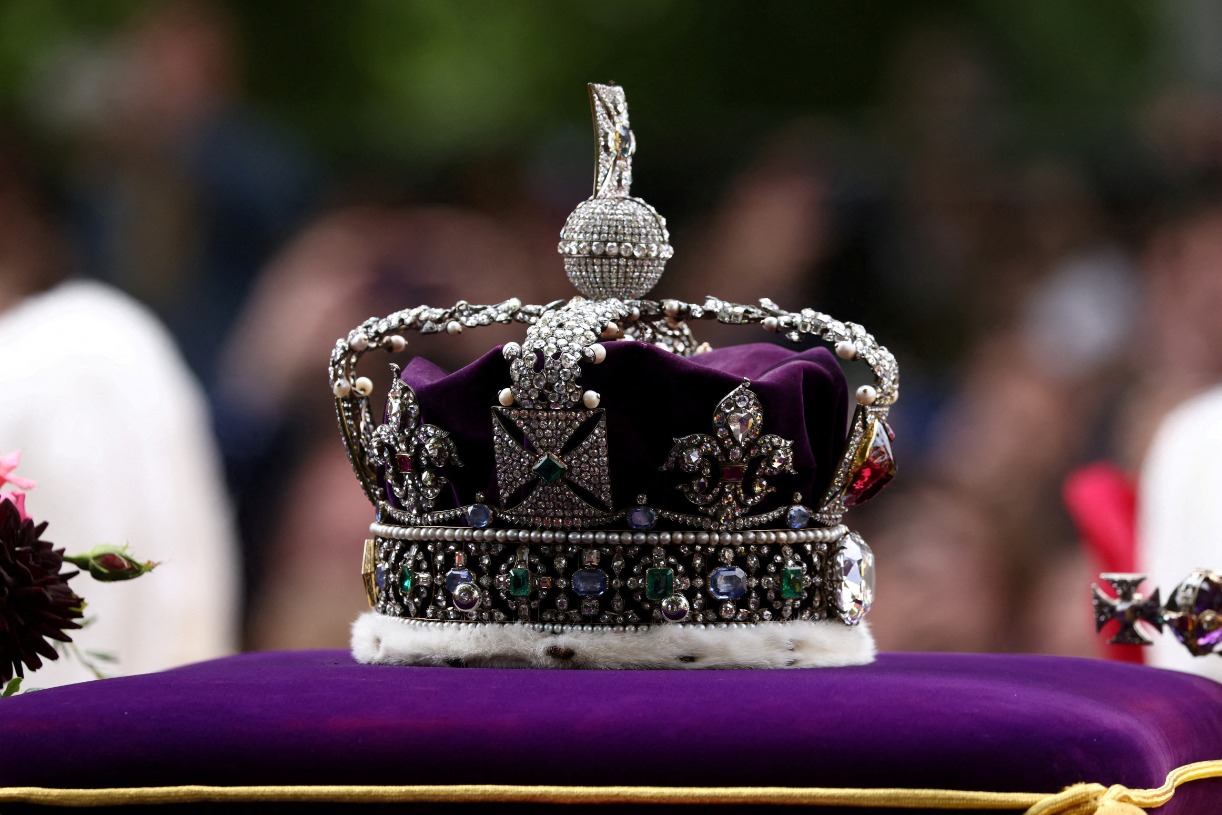