The idea of ​​being able to touch the future, or influence the events of the past, or be influenced by it is fascinating especially in cinema. It not only throws up an important element of science fiction, but can easily touch the thriller genre. It adds betrayal, romance, and a hauntingly captivating intrigue. If handled well, it can turn a film into a mesmerising piece of audio-visual entertainment. Anurag Kashyap’s Dobaaara is a very good example of that.

Kashyap, perhaps in his first attempt at a science fiction-turned-murder-intrigue, has used the concept of time travel with conviction and artistry in his latest film Dobaara. It is an official remake of the 2018 Spanish film Mirage. Kashyap has handled the Indianised version well with minor changes from the original that do not jar but leave us with a lot of questions.

That is precisely what a time-travel film is designed to do, confuse the audience instead of clarifying anything. It leaves the audience with unanswered questions that open up possibilities of many answers of which it would be tough to pick the right one. In fact, there is no ‘right’ answer because “time travel itself is an imaginary concept cooked up by writers like Charles Dickens in A Christmas Carol (1843) which offers the perfect template for time-travel stories” wrote John L. Flynn in Time Travel Literature published first in Encyclopedia Galactica, 1995.

The concept of shuttling back and forth in time is tied to a simple principle, if time is a fourth dimension, then time travel is a means whereby a human being can project his consciousness or body into the past or the future and flit back to the present. Thus, becoming a figure of confusion himself/herself.

The issue of time travel raises two ethical questions: is it possible to travel back in time and fix the wrongs that have already occurred?; or will we just create more wrongs by messing with something we ought not to?

In Dobaara, the protagonist, Antara (Taapsee Pannu) ‘travels’ back to 1996. She does this through a small boy who communicates with her through an old television set that plays a video she happens to see in her new home in Pune in 2022. ” What are you doing in my room?” the boy asks her, and she has no answer. The next morning, when she reaches the hospital where she works presumably as a doctor, she is shocked as people recognize her but address her in tones she cannot fathom. They are as confused as she is.

Antara’s life changes radically as she cannot make out what has happened to her identity. She comes looking for her six-year-old daughter Avanti (Myra Rajpal) at the swimming pool. But she is not even registered as a student there. Antara approaches her her husband her Vikas Awasthy (Rahul Bhatt) who is the security head at a hotel but even he does not recognize her at all.

Who is she? And how is she related to the 12-year-old Anay who reportedly died in a car crash in 1996? They communicate only a few times through that television set’s conversation recorded and documented in an old videocam. Why? How?

Through this intriguing element, the film tries to make its way, mainly from Antara’s perspective. It navigates the jigsaw puzzle of a murder Anay was witness to but the police never believed him as he was just a child rich with imagination. The narrative travels through a flashback from the present, to the actual murder, and finally leaps through time.

Thus changing history, geography and relationships in Antara’s life including her marriage to Vikas who turns out to be a womaniser. She develops a strange relationship with the tall, fair and handsome police officer (Pawail Gulati) who calls himself Anay Anand. He is the only person who believes in the incredible story of her life she keeps repeating to everyone, not knowing the answer to it herself.

The main “invisible” character that plays the villain and the hero alternately is the severe thunderstorm which happened in 1996. This was the year when Anay watched his neighbor murder his wife. The thunderstorm appears again in 2022 when the problem with Antara and Anay finally gets solved.

But does it really get solved? Abhishek, another neighbor’s son who was friends with Anay as a boy, now an adult who runs a bookshop, suddenly disappears from the film without any explanation. Why?

The sound effects and the brilliant cinematography challenge nature expressed as a dangerous thunderstorm, dotted with lightning and heavy rains. Without this, the story may never have taken the shape it has.

The film is enriched by Taapsi Pannu’s powerful performance. The changes in her body language, expression and confusion suggest the radical changes in her life vacillate between the past and present, with a 20+ years’ time-gap between the two, time frames – 1996 and 2022. Her way of saying why she finds it difficult to read without her glasses, or why the medical staff is addressing her as ‘doctor’, or how her little daughter went missing, tells it all.

Antara remains confused till the end of the film, even though she was now supposedly safely ensconced in the present. Kashyap keeps the ending open to allow the audience to draw its own conclusions. This is as tough as it is for Antara to recognize Anay for who he really is, and where her relationship her with him stands.

Rahul Bhatt as the two-timing husband who is repentant in the end is smooth-talking and sophisticated. The relatively new face Pawail Gulati as the adult Anay, as confused by Antara ‘s response her to his understanding of her her, is very good. The cameos by Saswata Chatterjee and others in smaller roles are snipped off as and when they ought to have been to keep the focus strictly on Antara.

The music is good with all the songs situationally positioned on the soundtrack. But it is the sound design that works to perfection. It controls the narrative as and when it needs it. The camera sticks to shades of blue and gray and is often blurred to keep the mystique alive and dynamic.

The skilful editing cuts back and forth and in-between, right through the film, adding a lot of dynamic action and texture. Dobaara is certainly a not-to-be-missed cinematic experience and I tip my hat to everyone, including the wonderful child actors involved in the film. 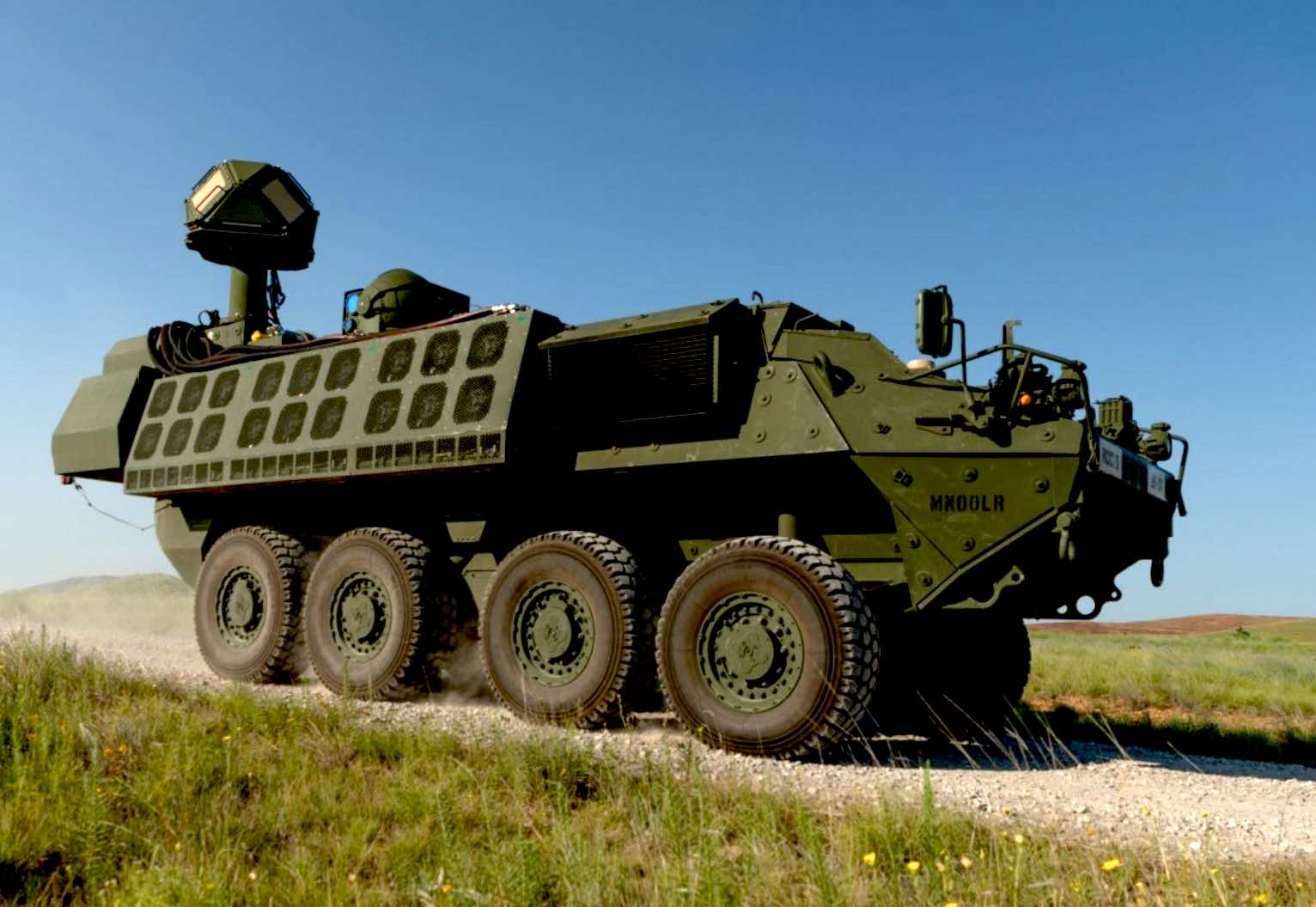 Bullets of Light: US Army Will Soon Deploy its Stryker Combat Laser