The Supreme Court’s decision in Dobbs v. Jackson Women’s Health Organization that struck down the constitutional right to abortion guaranteed by Roe v. Wade in 1973 is also a huge setback for genetic counseling and the people who need it.

In 2013, when anti-abortion activists were still forced to maneuver around Roe v. Wade, North Dakota passed a law banning abortions that are motivated by diagnosis of a “genetic abnormality or potential for a genetic abnormality.” With this, and similar laws passed in 13 other states, the anti-abortion movement put itself forward as a champion of those with genetic conditions — though these states are among the least active in providing support for families and children in need of social services and medical care.

In a 2019 Supreme Court decision, Justice Clarence Thomas praised such laws as appropriate antidotes to “modern-day eugenics.” By allowing states to ban all abortions, including so-called eugenic abortions — which Thomas described as abortions that “eliminate children with unwanted characteristics, such as a particular sex or disability” — the Dobbs decision is likely to end up making life harder for those affected by genetic conditions, their families, and the counselors who advise them.

This is the confluence of two fast-rising streams: a flood of new state-specific restrictions on abortion and a rapid increase in genetic and reproductive technologies that make it possible to identify who is at risk of having a child with a genetic condition before or during pregnancy.

Tests known as carrier screening can identify prospective parents who harbor genes that may create health problems for their future children. A simple blood draw in the first trimester of pregnancy can be used to examine bits and pieces of fetal DNA for changes associated with genetic conditions in the fetus that occur when something goes awry during conception or developmental processes during pregnancy. And anatomy scans at 20 weeks can identify structural abnormalities.

Though many have voiced qualms about the best uses of these technologies, prospective parents have been voting for them with their feet. Introduced just over 10 years ago, tests that examine fetal DNA and parental DNA have each grown into multibillion-dollar markets. But what is now routine prenatal care may no longer be universally available in a post-Dobbs world.

Instead, there likely will be different tracks of prenatal care, depending on where people live. In some states, people will have access to the full spectrum of medically recommended care: carrier screening, prenatal testing, and anatomy scans at 20 weeks. In-vitro fertilization and preimplantation genetic testing will also remain legal in these states. In other states, abortion restrictions may severely limit access to such care, if not prohibit some or all of it.

Whether people in states that restrict abortion can find ways around those limitations will depend on their resources. Those who can pay for it may be able to travel to abortion-friendly states to access this care. Those who can’t pay won’t have access. So the nature of prenatal care available to individuals will depend on two factors: where they live and their resources.

A series of interviews with genetic counselors in states hostile to abortion conducted by one of us (LH) and colleagues at Sarah Lawrence College before the Dobbs decision shows how abortion restrictions can change prenatal care. In states like Ohio, without complete bans, genetic counselors felt pressure to complete genetic testing and anatomy scans earlier than recommended to ensure that their patients had time to obtain abortions if an anomaly was found, potentially resulting in missed or misleading information. Patients may not be willing to wait for confirmatory testing, although they risk terminating a healthy pregnancy.

In states where abortion is now or may be illegal, genetic counselors are uncertain about what they can say about abortion or what to put in the medical record regarding pregnancy histories and outcomes. This raises legal and ethical questions about how to balance professional norms of documentation against potential legal liability for provider and patient.

In Texas, for example, genetic counselors and patients have worked under the equivalent of post-Roe conditions since September 2021, when a law went into effect banning abortion from around two weeks after a missed period. The Texas law uses a unique, vigilante-type enforcement mechanism, which other states have adopted, that allows people to sue anyone “aiding or abetting” an illegal abortion for $10,000. This affects medical providers, including genetic counselors.

In the interviews, prenatal genetic counselors counted the ways in which communication itself has come under attack. As one genetic counselor in Texas said, “the language of aiding and abetting . . . implicates genetic counseling. We’re not going to counsel patients about an option that’s not available legally.”

In the aftermath of the Dobbs decision, other overt restrictions on counseling are likely to emerge. A recent proposal in the South Carolina legislature would make it a felony to help an individual arrange abortion care, and forbids anyone to provide information “by telephone, internet or any other mode of communication… knowing the information will be used, or is reasonably likely to be used, for an abortion.” If passed, the law would effectively criminalize the practice of prenatal genetic counseling.

Preimplantation genetic testing may also be affected if states pass personhood laws (as have been proposed in at least eight states), which limit the number of embryos created through IVF or prohibit their destruction. Such efforts would make IVF and preimplantation genetic testing more difficult, more expensive, and even less accessible to those with limited resources. Any notion that access to those technologies is grounded in a constitutional right to abortion no longer applies after Dobbs.

Similarly, in the post-Dobbs era, nothing prevents states from restricting certain types of prenatal tests or preimplantation genetic testing to protect life and promote painstakingly “anti-eugenic” policies. The fact that these are popular tests marketed by deep-pocketed industries, however, makes that unlikely. Far more likely is the restriction of funding for prenatal tests, as former Sen. Rick Santorum (R-Penn.) once proposed, which would disproportionately affect vulnerable populations.

While some pregnant people will be able to avert abortion bans by obtaining pills by mail, allowing them to safely and effectively end a pregnancy through the 10th week of gestation, medical abortion is rarely an option for people who wish to end a pregnancy because their fetus has a genetic condition that jeopardizes its health. Even couples who know in advance they are at risk of having a child with a disease like sickle cell anemia or Duchenne muscular dystrophy cannot learn whether their fetus carries the condition by 10 weeks’ gestation. For the vast majority of conditions discovered during pregnancy, diagnosis is not possible until the second trimester, or even later. Abortions at that stage can’t be accomplished with pills and are more expensive and harder to arrange than earlier procedures.

Prenatal genetic testing has historically been associated with Down syndrome, for which testing has been available for decades, and can currently be done as early as 10 weeks. Not all parents choose to have the test, and not all of those receiving a prenatal diagnosis of Down syndrome will end the pregnancy; in fact, the number of people with Down syndrome has never been higher.

Yet the impact of prenatal testing on the demographics of Down syndrome is instructive. In the best study to date of abortion rates following a prenatal diagnosis of Down syndrome, 67% of prospective parents ended the pregnancy. But the researchers noted that due to differences among the various populations studied, “a summary termination rate may not be applicable to the entire US population.” In other words, prenatal testing for Down syndrome didn’t reduce the number of people with Down syndrome across the board — it reduced it in some communities and not others. Birthing a child with Down syndrome was once an example of something that could happen to anyone. Today it varies by culture and region, with higher numbers among Hispanic people and vanishingly low numbers on Manhattan’s largely white and wealthy Upper East Side.

Families struggling with genetic conditions don’t just need reproductive rights: they also need expensive medical care, social support, research programs, advocacy, and social awareness about the challenges their children face. They struggle to get such support today, even when they can appeal to a commonality of interests. They will struggle even more as much of the population comes to see genetic disease as something preventable, as is increasingly the case. Will those who can access genetic medicine remain attentive to the needs of those left behind? If support for national foundations and research programs wanes, it will hit hardest in states where local resources for families are scarce — the very states most likely to restrict abortion.

In a post-Roe world, there will be nothing random about the impact of genetic bad luck, and the demographics of genetic disease will increasingly be defined by regional abortion restrictions and socioeconomic status. Culture-war hostilities will become yet more baggage for families whose children have genetic diseases, increasing the burden of stigma and chipping away at their sources of support. The Dobbs opinion ended by recognizing a legitimate state interest in preventing “discrimination on the basis of race, sex, or disability” — a not so veiled-reference to eugenic abortions. But dividing the country into zones with and without access to reproductive genetics will do just the opposite, and disproportionately harm those with genetic conditions and the people who love them.

Sonia M. Suter is a professor of law and founding director of the Health Law Initiative at The George Washington University in Washington, DC Laura Hercher is the director of research, human genetics, at Sarah Lawrence College in Bronxville, NY 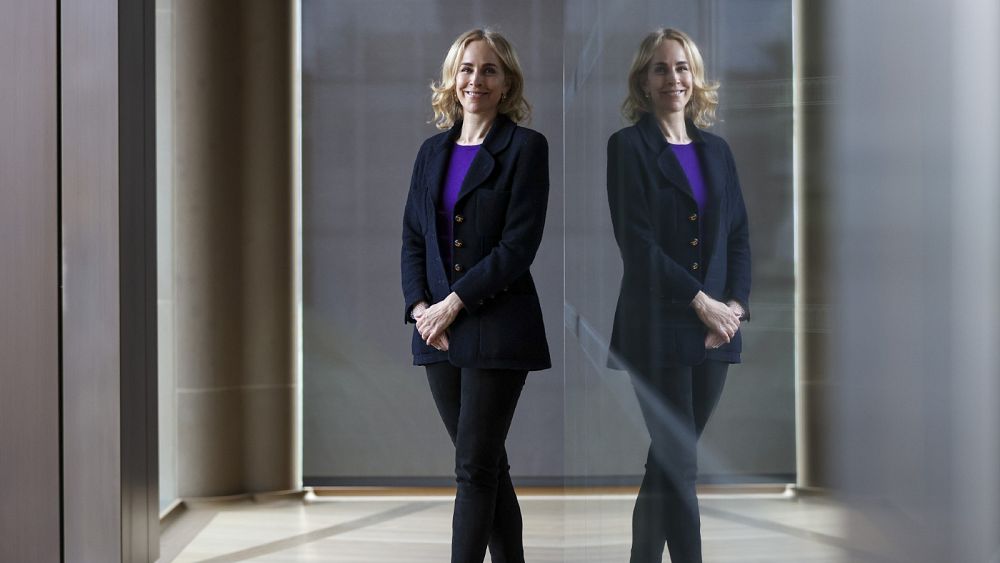