Charlotte Cowles is the Cut’s financial advice columnist. In addition to “My Two Cents,” she writes about work and parenting for the site.

I’m 44 years old, and for the last nine years I’ve escorted full time. I’ve decided to quit next year: I don’t hate the work, but I find it boring/exhausting and want to see what else I can do.

I’ve saved a million dollars, which is another reason I’m quitting: That was the goal, and I reached it. But I now realize the goal was pretty arbitrary. It’s not enough to never work again. I didn’t have hopes for a life of leisure, and I’m fine with starting a new career, but I’m extremely nervous about whether I’ll succeed and how much I can make. So far I’ve written a few pieces here and there for magazines, but given what they pay I would need to leave New York until I had a track record and bargaining power in that field. I’m also going to do a coding boot camp.

My problem is I don’t know how to invest or plan with such an uncertain future. I’m so nervous about the idea of ​​giving up a stable income that I mentally run in circles about it. Most retirement or investment advice I’ve found for people my age is based on continuous income going forward, and usually the idea that one’s salary will increase slightly. That isn’t going to be the case here; no matter what I do, it’s extremely unlikely that I will ever make what I make now.

I don’t know what will happen — I could start a business and quickly hit six figures or I could spend the next 20 years as a struggling freelancer. The money I have is kind of like getting a big windfall, but were that the case I’d probably have a job.

I’ve looked at FIRE sub-Reddits but, well, they seem a little culty, and I feel like a lot of the advice is based on the assumption that the market will stay bullish. That doesn’t seem guaranteed right now. I also have no plans to move to the global south and take advantage of postcolonial economics, and while I could leave New York, I don’t see myself happy in a really small town. Not to mention the R in FIRE stands for retireand I worry too much about money to feel comfortable doing that.

I know I should have an investment portfolio, but given that I’m not Jane Average with a 401(k) and social security, I haven’t known how to allocate, and now that the bond market is wild I’m even less confident. Currently I have it all in savings accounts, which I know is dumb, and feeling embarrassed about that paradoxically makes me feel even less confident investing. A lot of stigma about sex workers is that we can’t manage money, usually related to wasteful spending. I think that stigma is contributing to how much shame I feel about this.

Normally if I had a question, I would ask other sex workers for advice. One of the better things about the community is how open and constructive it is. But this subject upsets people, which it should: There are a lot of intersectional reasons why saving this much was possible for me. I’m white, thin, and cis-gendered.

I have no kids or dependents but I do help out family from time to time, and I’d like to be able to continue to do that.

My main goal as an investor is to feel economically safe, which is vague. I don’t want to live in a box when I’m older — I know that much. That’s why I started doing sex work in the first place: I wanted to be secure. Now I don’t know what to do, even though I feel like I should feel safer with this much money saved up.

Do you have advice for someone in my position?

First of all, congratulations on setting a big goal and hitting it. That $1 million must have taken years of discipline. It’s not easy to save in any profession, but it’s particularly hard when you’re self-employed in a field that doesn’t provide a lot of structure or saving incentives. I’m impressed by your direction and self-efficacy, which will serve you well on whatever path you take next.

It’s true that your financial situation is unusual, and I understand why standard money advice for (and by) corporate Americans doesn’t feel applicable to you. But when you look at the bigger picture, you’re just changing careers — something that roughly a third to a half of adults do at some point in their lives. I don’t say this to minimize how dramatic this shift might be for you (and is for a lot of people), but I want to point out that it’s feasible, especially if you have time and money — which you do.

To figure out your next steps, I spoke with Georgia Lee Hussey, a certified financial planner and the founder and CEO of Modernist Financial. She has managed money for a lot of people with irregular incomes and career volatility (Hollywood writers and other creative-industry types) and is well versed in helping them plan for an uncertain economic future. “The first question I always ask is, ‘When do you need this money?’” she says. “We usually build two plans for these clients: one for 20 to 30 years from now, when they retire, and then one for the short term.”

It might seem impossible to know when you’ll need your money, since you still have a lot of unknowns — like what exactly your work will look like for the next two-plus decades and how much income you’ll make from it. But you probably have some ideas.

You can start by sketching out a loose budget for your transition period. How much will it cost to pay your regular living expenses for the next two to five years? What kinds of training programs, grad-school courses, or certificates do you think you might need as you explore career options (like the coding boot camp you mentioned)? Do you need to buy a new laptop? Maybe talk to a career coach?

Add up these ballpark expenses and consider them your personal startup costs. According to Hussey, this budget could look something like $6,000 a month for living expenses and up to $20,000 a year as additional funding for education. (These aren’t hard numbers, but you get the idea.) You’ll want to set aside this amount and keep it where you can access it easily — ideally in a high-yield savings account or something similar.

Best-case scenario, you won’t need to spend it all and you’ll start making enough money to support yourself relatively soon. But if it takes you more like three to five years to do so, that’s okay too. You mentioned that your priority is to be safe and secure. That includes finding a new career that fulfills you and doesn’t make you feel trapped, even if it isn’t as lucrative as your previous one.

This budget will also help you determine what kind of income will be comfortable for you to earn in the future. Keep that in mind as you consider your work options. If you’re thinking of becoming a freelance writer, for example, it could take more than a decade to build up the contacts and relevant experience to make a half-decent living (speaking from personal experience). But if you get some kind of tech job after your coding boot camp, you could be looking at a stable, growing salary with cushy benefits. Your letter didn’t mention much about what you hope to do, but you’re clearly organized and good with people. Those are highly marketable skills and should translate well to another field where you can excel.

Once you’ve set aside the funds to float the next couple of years — your “runway” — you’ll put the rest toward your long-term goals. You may not want to retire early, but you will need to stop working someday. The best way to make your savings go the furthest is by investing them, says Hussey.

I understand that this might feel uncomfortable for you. But history shows — consistently! — that having a well-diversified investment portfolio is the best way for your money to grow in the long term. And especially now that inflation is rising, your cash is better off in the market over time. I know that the economy appears shaky, but that would only be worrisome for your investments if you needed to cash them out tomorrow; zooming out, this could actually be a great time to buy in. (As the saying goes, a bad day on Wall Street means the stock market is “having a sale.”)

That said, I’m not asking you to pick stocks or try to time the market. This is where it is really helpful to call in professional help. “You do need support in choosing what investments to make and how to allocate them,” says Hussey. This professional doesn’t need to be an “active” investment manager. Instead, their job is to help you understand how to diversify your portfolio in a way that suits your timeline. (If you’re hoping to retire in about 20 years, say, you could choose a couple of target date funds that “mature” between 2040 and 2045.)

If it’s useful: I personally invest my retirement savings through Vanguard, which offers low-fee exchange-traded funds that you can manage yourself (and by “manage,” I mean contribute to once a year when I’m doing my taxes and realize I need to put money in my IRA). You could take a similar approach. Opening an IRA will also help you avoid taxes on your money’s growth.

To find someone to help you, Hussey recommends that you search for a fee-only planner through the XY Planning Network, a database of certified financial advisors who do not earn commissions and therefore won’t try to sell you random products you don’t need. This database also allows you to search by specialty, so you can get pretty specific about the vibe of person you’re looking for. “In terms of hiring somebody, you’ll need to interview a few people and get a gut check on them,” says Hussey. Most planners should be willing to speak to you for free for a few minutes, and I’m guessing that should give you a pretty good idea of ​​whether you feel comfortable with them or not.

I understand the stigma that you’re wary of, and you’re right that there are plenty of stodgy financial planners out there who might add to your anxiety or just won’t be the right fit. But there are also some great ones who will be (rightfully) impressed by the savings you’ve accumulated and thrilled to work with you. A good professional planner will also walk you through the process of all the above — budgeting for the next few years, as well as your longer-term goals and retirement plan — and check in with you as you’re putting the wheels in motion. You should feel confident in your next steps, and you deserve to surround yourself with other people who do too. 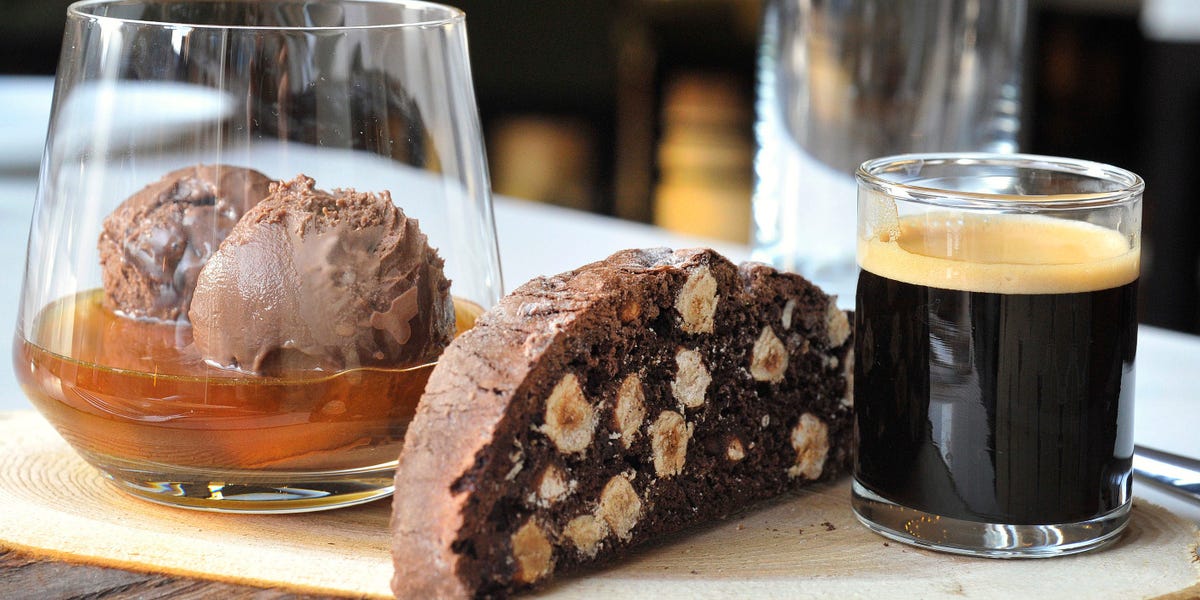