This is the most exhausting week of Dolphins training camp, with six practices in seven days. During Monday’s session, the fifth of training camp, backup quarterback Teddy Bridgewater sat out team drills because of an undisclosed injury, allowing rookie Skylar Thompson to get extra work, which he generally capitalized on.

Bridegwater was on the field and listed as limited but not out.

STARS OF THE DAY

▪ Rookie Eric Ezukanma. He and Braylon Sanders have been the best of the receivers competing for the No. 4 jobs, and he caught a 40-yard TD from Tua Tagovailoa on Monday.

▪ Tagovailoa. He had another good day, delivering a 45-yard TD pass to Tyreek Hill on a crossing route, as well as the aforementioned long TD pass to Ezukanma and a 35-yard TD pass to Jaylen Waddle over the middle. The Hill and Waddle throws – which came on consecutive plays – involved some running after the catch. But the Ezukanma play covered 40 air yards.

Tagovailoa overthrew two passes to begin practice and threw an interception late in practice to Trill Williams, who made a one-handed catch in the corner of the end zone. There appeared to be miscommunication between Tagovailoa and Waddle on the play, allowing Williams an opportunity to intercept it.

Tagovailoa was very sharp otherwise. He also had a 10-yard TD pass to Jethan Carter and a 5-yard TD throw to Chase Edmonds. He also ran for a 10-yard touchdown.

Riley — Miami’s No. 3 linebacker — continued an excellent training camp by knocking away Thompson’s pass to Hunter Long in the end zone. Eguavoen had a good play in pass coverage and flushed Tagovailoa from the pocket on one passing attempt, forcing him to throw it away.

▪ Thompson, given more opportunity in Bridgewater’s absence, acquitted himself well, delivering short TD passes to Hill and Trent Sherfield in red zone drills and then throwing a strike over the middle to Waddle for a TD, followed up by a 20-yard completion to Sherfield . He later threw a short TD pass to rookie tight end Tanner Connor.

▪ Williams, who had the impressive interception. The second-year cornerback from Syracuse is making a strong case for the No. 4 cornerback jobs. He has two interceptions in training camp.

PLAYS OF THE DAY

▪ Tagovailoa evaded pressure to deliver the 40-yard pass over the middle to Ezukanma for the touchdown, beating Brandon Jones. It was a difficult throw, because Tagovailoa was on the run.

▪ On the aforementioned Hill TD pass over the middle, Nik Needham was beaten and Jevon Holland couldn’t come over quickly enough.

▪ Williams had that beautiful one-handed interception in the corner of the end zone, on a fade to Waddle. That was Tagovailoa’s only pick of the day.

▪ Zach Sieler was very strong against the run, as usual.

▪ Myles Gaskin had a couple of nifty runs that could have gone for 10 to 15 yards in a real game.

▪ With Michael Deiter out for now, Cole Banwart remains the only naturally healthy center on the roster. Another veteran is cross-training at center behind Connor Williams, but reporting rules prohibit revealing that player’s identity.

▪ Larnel Coleman and Greg Little have been uneven in their snaps on the offensive line.

FYI: The team will practice in pads for the first time on Tuesday.

▪ Center Michael Deiter (foot) and defensive tackle Adam Butler remain sidelined. And Bridegwater, as noted, was limited but was not wearing any protective covering and seemed to be walking fine.

▪ Raheem Mostert and Alec Ingold were in red non-contact jerseys. The Dolphins have them in a maintenance program as they work their way back from 2021 knee injuries.

Barry Jackson has written for the Miami Herald since 1986 and has written the Florida Sports Buzz column since 2002. 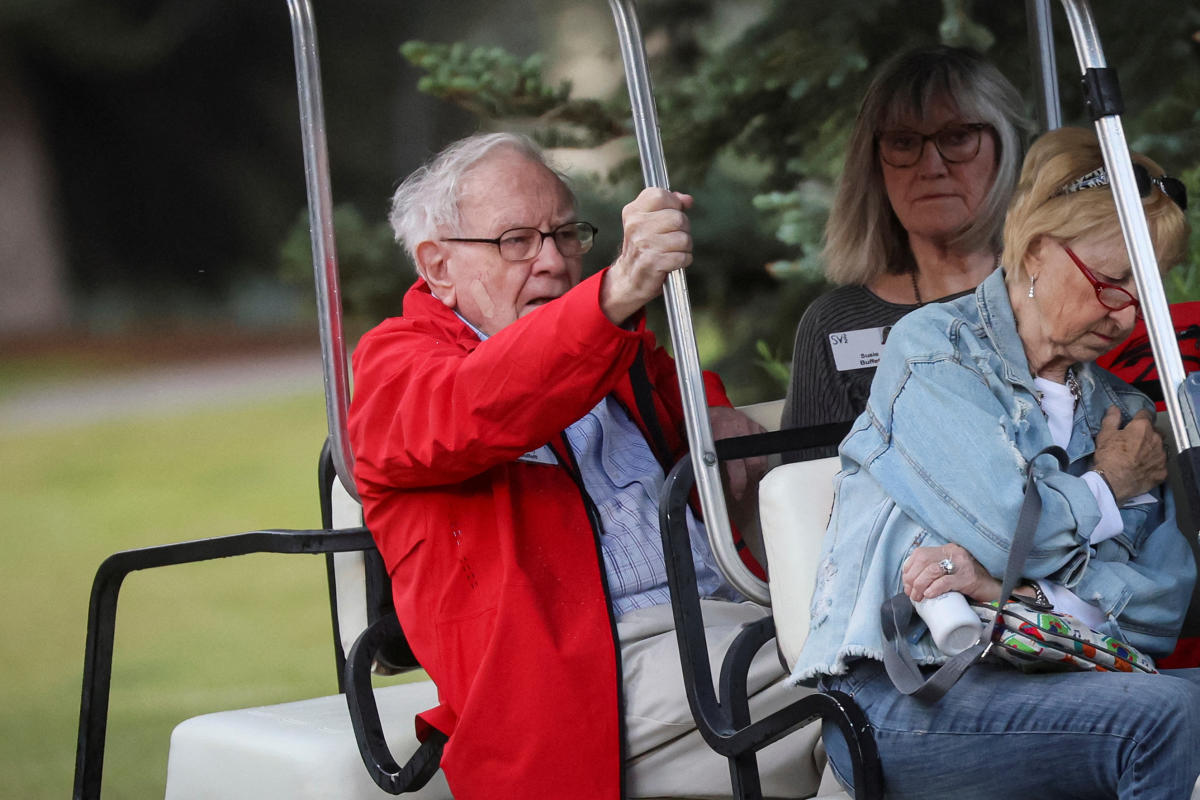 Where some of Warren Buffett’s magic, and money, goes