Multiple research projects have proven that Neanderthal DNA can be found in the genome of modern humans. This likely happened as a result of many interbreeding events that took place in the various locations where Neanderthals and early modern humans shared resources and living space. But researchers tracing the twisting pathways of human evolution don’t have to rely exclusively on genetic studies to learn about interbreeding between Homo sapiens and Neanderthals. Anatomical studies of prehistoric skeletal remains can also disclose valuable information about this fascinating aspect of human genetic history, as has now been demonstrated by a new study just published in the journal Biology.

In this innovative research project, a team of geneticists and anthropologists from North Carolina State and Duke Universities in the United States and the University of Witwatersrand in South Africa analyzed the facial structure of more than 300 modern human and Neanderthal skulls, which had been recovered from different locations in Asia, Europe, and Africa. The purpose of the analysis was to search for signs of Neanderthal influence on human facial anatomy, which would result from interbreeding events.

Some of the ancient skulls did in fact show evidence of human and Neanderthal interbreeding. The cumulative results of this anatomical comparative analysis suggest that much of the interbreeding took place in the Near East, a region ranging from North Africa eastward to Iraq. This sharing of genetic material would have occurred between approximately 50,000 and 40,000 years ago, when Paleolithic-era (Old Stone Age) modern humans lived at the same time as and in some of the same regions as the Neanderthals. 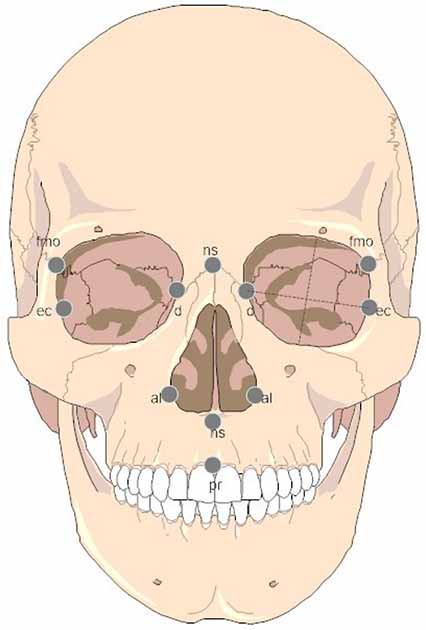 Facial landmark locations for the measurements used in the recent Biology journal study on interbreeding between Neanderthals and Homo sapiens. ( Biology)

How Interbreeding Evolution is Reflected in the Face

“Ancient DNA caused a revolution in how we think about human evolution,” Steven Churchill, co-author of the new study and a professor of evolutionary anthropology at Duke University, explained in a North Carolina State University press release announcing the results of the comparative facial structure study. “We often think of evolution as branches on a tree, and researchers have spent a lot of time trying to trace back the path that led to us, Homo sapiens . But we’re now beginning to understand that it isn’t a tree—it’s more like a series of streams that converge and diverge at multiple points.”

In this instance, the “multiple points” referenced would be marked by both place and time. The migratory movements of both early modern humans and Neanderthals would have determined when and where the convergences took place, and consequently when and where the possibilities for interbreeding were most abundant.

“The picture is really complicated,” Churchill explained. “Modern Asian populations seem to have more Neanderthal DNA than modern European populations, which is weird because Neanderthals lived in what is now Europe. That has suggested that Neanderthals interbred with what are now modern humans as our prehistoric ancestors left Africa, but before spreading to Asia. Our goal with this study was to see what additional light we could shed on this by assessing the facial structure of prehistoric humans and Neanderthals.”

At the species level, changes in facial morphology (facial shape and development) can be a reflection of changes in genetic makeup. Both types of changes occurred as a result of early modern humans and Neanderthals interbreeding . 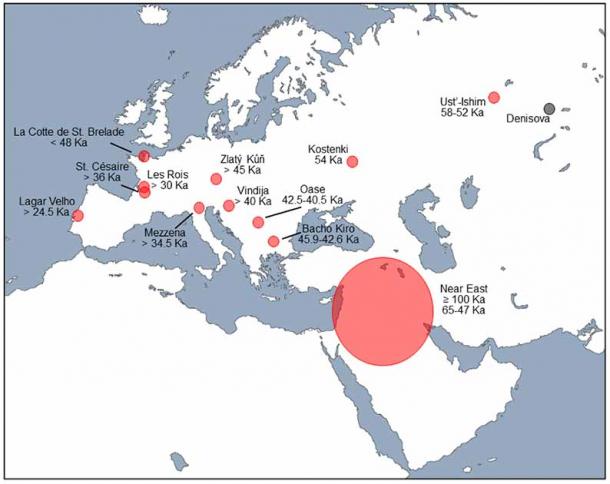 “By evaluating facial morphology, we can trace how populations moved and interacted over time,” noted Ann Ross, a professor of biology from North Carolina State University and another co-author of the new study. “And the evidence shows us that the Near East was an important crossroads, both geographically and in the context of human evolution .”

The scientists used data on cranial and facial morphology obtained from the recovered remains of 233 prehistoric (early modern) humans, 83 modern humans, and 13 Neanderthals. They compared measurements taken from similar facial structural features, to see if signs of interbreeding were evident. Other factors that might have caused changes in facial features were accounted for, to make sure that any revealing features identified could be definitively linked to Paleolithic-era interbreeding.

“We found that the facial characteristics we focused on were not strongly influenced by climate, which made it easier to identify likely genetic influences,” Ross said. “We also found that facial shape was a more useful variable for tracking the influence of Neanderthal interbreeding in human populations over time. Neanderthals were just bigger than humans. Over time, the size of human faces became smaller, generations after they had bred with Neanderthals But the actual shape of some facial features retained evidence of interbreeding with Neanderthals.”

The researchers weren’t sure if their anatomical comparisons would produce significant results. But their study revealed many clear links, which were especially notable in skeletons that had been collected in the Near East region where Asia, Africa, and Europe converge. This would have been a crossroads for early modern humans leaving Africa, regardless of what direction they were heading. If they bred with Neanderthals in the region, they could have later carried Neanderthal DNA to other parts of the world, such as Asia, where humans carrying Neanderthal genetic materials have been found. 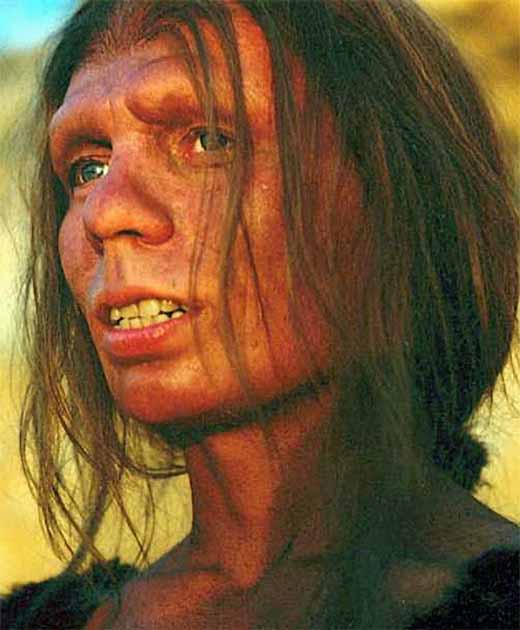 Reconstruction of a Neanderthal woman’s face but reconstructions are not enough; we need more skulls from prehistory to determine more about primary Neanderthal-Sapiens’ interbreeding sites. (Bacon Cph / CC BY 2.5 )

The researchers do acknowledge some limitations in the scope of their study. Their comparison included just six variables, reflecting the overall size and shape of the face and the shape of the eye socket and nasal openings. Also, only a relatively small number of the skulls studied showed obvious indications of a Neanderthal genetic influence, and many that did were from individuals who’d lived long after the proposed Neanderthal-modern human breeding events.

Nevertheless, the researchers believe their study “shows the utility of analyzing facial morphology for the information it may contain about population relationships and potential Neanderthal–modern human interbreeding.”

“While caution should be used in interpreting the results of analyses based on small sample sizes, these results could be considered consistent with the Near East being a substantial locus of Neanderthal–modern human hybridization,” the authors stated in their Biology journal study.

The scientists hope to address the small sample size issue in subsequent research. “To build on this, we’d like to incorporate measurements from more human populations, such as the Natufians, who lived more than 11,000 years ago on the Mediterranean in what is now Israel, Jordan and Syria,” Churchill said.

Additional research certainly won’t disprove the new findings that identify the Paleolithic Near East as a key early modern human-Neanderthal interaction point. But they could provide additional evidence that will reveal more detailed information about the specifics of various interbreeding events.

Top image: Neanderthals or Homo Sapiens or both cooking animal meat over a bonfire, and the latest study shows the greatest Neanderthal and Homo sapiens interbreeding occurred in the Paleolithic Near East. Source: Gorodenkoff / Adobe Stock