GREENSBORO, NC (WGHP) – If you are a single adult with one child and make minimum wage in North Carolina, we now have a clearer picture of what it takes for you to provide for your family: 115 hours of work each week.

An organization called The North Carolina Budget & Tax Center is out with an assessment on what it takes for families to earn a basic living – and the numbers are daunting.

The center, a nonprofit located in Durham that documents fiscal conditions in communities, uses federal and state data to calculate what it calls a Living Income Standard, which basically is how much it costs to live based on an average price for basic items in each county and statewide.

NC gas prices soaring again: What is fueling it this time?

In North Carolina, that family of two needs $50,530 – or $4,210 per month – to pay for fixed needs such as taxes, housing, food, transportation, health care, child care and debt payment. That doesn’t allow for anything unexpected, such as job loss or extended illness.

Those calculations, though, are based on statewide averages, and the 14 counties in the Triad fare a little better. The annual cost of one adult with one child ranges from $38,400 in Alleghany County to $49,180 in Guilford County. In Forsyth that figure is $45,310. The statewide averages are driven up by counties such as Orange ($64,060) and Durham ($61,850).

The NC Budget & Tax Center says its LIS of $69,270 for a family of four is more realistic than assessments at the Economic Policy Institute ($82,997) and the Massachusetts Institute of Technology ($99,299). None of them, the center points out, accounts for building wealth.

Compared to the poverty line

But when you consider the federal poverty line of $18,310, you see that the barrier to financial stability is much more dramatic for many families. The actual cost of living in most counties is about 2.5 times that poverty level.

As an example of what that means, the US Census Bureau says that 13.3% of Guilford County families live in poverty – and that’s with virtually full employment and higher median wages than in many other counties.

In fact, in a family of one adult and two children – a common home structure in North Carolina – the monthly poverty-line income of $2,312 provides for only the monthly cost of housing (about $985) and child care (about $1,376). There is nothing left for food, taxes and transportation, much less any other necessities.

The real telling figures, though, are how many hours at North Carolina’s $7.25 minimum wage an adult would have to work to support the family: that provides our opening figure of 115 hours, which is almost three full-time jobs.

You get the picture, but then you have to ask: How much would an employee need to earn per hour to cover that LIS? The average in the Triad is $20.91, or about $3.26 an hour below the rest of the state and nearly triple the minimum wage. The Census Bureau says the median per-capita hourly wage in Guilford County is about $15.29.

Here is what the average North Carolina would need to earn under four common scenarios:

That varies, though, in each county. Alleghany County has the lowest threshold in the state, $18.50 per hour for that 2-person family, but the average across the 14 counties is $20.91.

The average adult in the household needs to earn $13.66 more per hour than minimum wage to reach the threshold for LIS.

Australia’s jobless rate at 50-year low of 3.9% but fewer positions added in April than predicted | Unemployment 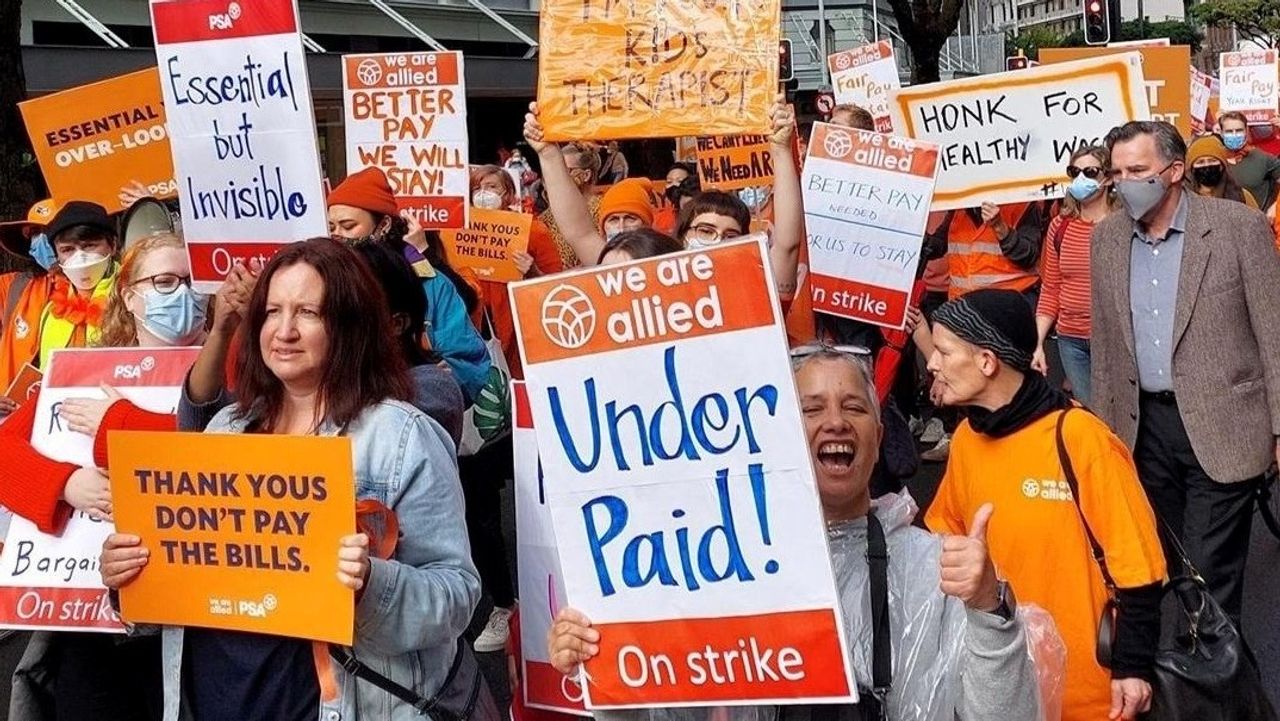