We, at The Leadership Conference on Civil and Human Rights, continue to celebrate your signing of the Juneteenth National Independence Day Act. As you said at the signing ceremony last year, “After all, the emancipation of enslaved Black Americans didn’t mark the end of America’s work to deliver on the promise of equality; it only marked the beginning.” Indeed, as you know, the legacy of slavery and the failure to address harms vote from it have resulted in vast racial disparities between White and Black people in virtually every sector of life — including the ability to accumulate wealth; access health care, education, housing, and employment opportunities; receive fair treatment in the criminal-legal system; and much more.

Addressing these harms is a key part of our mission at The Leadership Conference, a diverse coalition of more than 230 national organizations, to create a just and inclusive society by promoting and protecting civil and human rights in the United States. We, the undersigned organizations, write to urge you to advance economic justice policies that will benefit the Black community as we observe the Juneteenth holiday and continue to build upon your administration’s efforts to confront discrimination and racial disparities. These are the modern-day repercussions of slavery. We ask that you use your presidential powers to make the case to Congress for closing the Medicaid coverage gap and permanently expanding the child tax credit, and that you administratively cancel student loan debt at an amount meaningful to Black Americans who disproportionately carry devastating amounts of debt . We also ask that you create a commission to study reparations proposals for African Americans that will consider the economic discrimination against African Americans that is an ongoing legacy of slavery, consistent with the goals outlined in HR 40, the Commission to Study and Develop Reparation Proposals for African American Act.

In the more than 400 years since the first enslaved Africans arrived at Jamestown, Virginia, African people, their descendants, and other marginalized groups have borne the brunt of structural inequality, racism, and discrimination. Subjugation of Black people was integral to establishing the United States as a world economic power, but Black people were continuously denied the right and opportunities to participate in the economic growth of this country, long after the official end of slavery. That continues in myriad ways today. Policies like American chattel slavery, Black Codes, convict leasing, Jim Crow segregation, redlining, and other forms of racial discrimination have all contributed to intergenerational harm to Black people that persists today. As a direct result of these policies, the racial wealth gap has continued to widen over the last 160 years, resulting in a White-to-Black per capita wealth gap of six to one.

We ask that you build upon the historic recognition of Juneteenth and seize this opportunity to support meaningful economic gains in the lives of Black people and Black families. Your administration can make meaningful progress toward repairing this intergenerational harm and closing the wealth gap through Medicaid expansion, child tax credit permanency, and student loan debt cancellation. These policies are particularly important now, as Black communities continue to work to rebuild after disproportionate death and economic loss during the COVID-19 pandemic. Now, the damaging effects of inflation are deeply felt by many Black families and will deepen already existing racial disparities in wealth. Your administration put money back into the pockets of people hit hardest by the pandemic and its economic ravages, and we are grateful for your leadership. Your continued leadership on these issues will solidify those financial impacts and build more economic opportunity for Black people in the US.

In particular, there is a unique opportunity to cement the advances in access to health care that represents a legacy you share as former vice president to President Obama. You can continue to expand the critical benefits you helped bring to Black and all communities of struggling workers during that administration by making Medicaid expansion a reality in this one. More than 600,000 uninsured Black people with incomes below the poverty line are among the 2.2 million adults who have no access to affordable health coverage, simply because they live in one of the 12 states that have refused to take up the Affordable Care Act’s Medicaid expansion. This has left many Black communities without any pathway to affordable health coverage, with deadly consequences. Medicaid expansion has narrowed racial disparities in both coverage and access to care and has saved lives in the states where it has been expanded, and has been shown to improve the financial well-being of families. However, many Black communities have experienced none of these gains solely because of the states in which they reside. Access to health care is a civil and human right and closing the Medicaid coverage gap is essential to remedying this racial health inequity. We ask that your administration express to Congress its commitment to closing the Medicaid coverage gap, ensuring federal action is taken to secure racially equitable access to health care for Black communities who have been shut out of their state’s Medicaid program.

Further, decades of discrimination and institutional racism in almost every area of ​​life have left many Black families vulnerable to poverty. Reducing poverty in Black communities helps promote economic stability and opportunity; reduces food and housing insecurity; and is associated with better health outcomes, less stress, and higher educational achievement. We do not have to tell this administration how important the expanded child tax credit (CTC) payments under the American Rescue Plan have been to American families. As you well know, the payments provided critically needed relief to millions of families with incredible results: 3.7 million children were pulled out of poverty, including 737,000 Black children, food insecurity fell by one-third, and 27 million previously excluded children, which includes half of all Black children, approximately gained access to the payments when the full benefit was expanded. Unfortunately, these gains for Black families were all but erased when the CTC payments stopped at the end of 2021, reversing the reduction in child poverty and plunging families back into economic insecurity. We ask for your continued leadership in promoting long-lasting economic security for Black children and families by leading Congress to restart and make permanent the monthly CTC payments to families.

Additionally, the $1.7 trillion student loan crisis in the United States is crushing individuals, families, and our economy, and the weight of this burden is disproportionately borne by Black borrowers. Over many decades, policymakers intentionally shifted away from publicly funding our higher education system to a primarily debt-financed system just as Black students gained access, disregarding the rising cost of college for students and families, persistent racial wealth and income disparities, ongoing discrimination in the labor and credit markets, and many other societal and policy failures. These decisions have left a generation of Black borrowers on the brink of financial devastation simply because they sought economic security through higher education. According to recent research, upon graduating, Black borrowers typically owe 50 percent more than their White classmates, and four years later Black students owe 100 percent more. Data reveal that “student debt disproportionately harms wealth-poor households and, in particular, wealth-poor Black households.” In 2019, the median wealth for Black families was $24,100, considerably less than that of the median for White families at $188,200. Additionally, Black women shoulder the heaviest burden regarding student loan repayment; Black women hold more student debt than any other group a year after completing a bachelor’s degree with an average of $38,800 in federal undergraduate loans. The only solution that addresses the harms of the past and clears the landscape to create a better system going forward is to immediately and automatically use administrative authority to cancel student loan debt for borrowers — consistent with the Civil Rights Principles for Student Loan Debt Cancellation.

Finally, the need for economic justice policies on Medicaid expansion, CTC permanency, and student loan debt cancellation demonstrate the rippling effects of slavery and institutional racism that stifle the advancement of Black people today. Therefore, we also ask that an executive order be issued establishing a commission to study reparations proposals for African Americans, which would include an examination of de jure and de facto economic discrimination. Reparations represent the unfulfilled promise of the American Dream and the 40 acres and a mule that the United States initially promised to freed slaves. A commission to study reparations proposals is a response to the institutional racism endured by Black people, as well as a solution based on federal and state-level precedent. We urge the administration to establish a commission to acknowledge how pervasive the impact of slavery is on almost every institution and structure in the United States today, especially those with economic implications.

We appreciate your time and consideration of economic justice policies that will benefit the Black community as we observe the Juneteenth holiday and eradicate the modern-day implications of slavery. If you have questions or need additional information, please contact Maya Wiley, president and CEO at The Leadership Conference, or Jesselyn McCurdy, executive vice president for government affairs at The Leadership Conference, at [email protected] 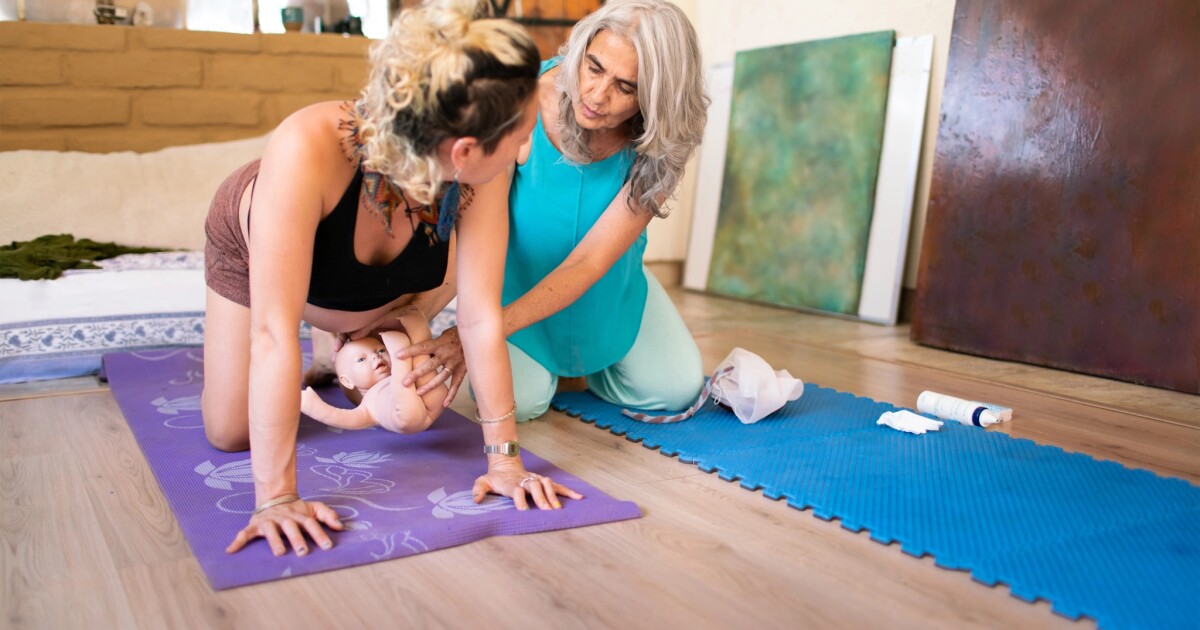 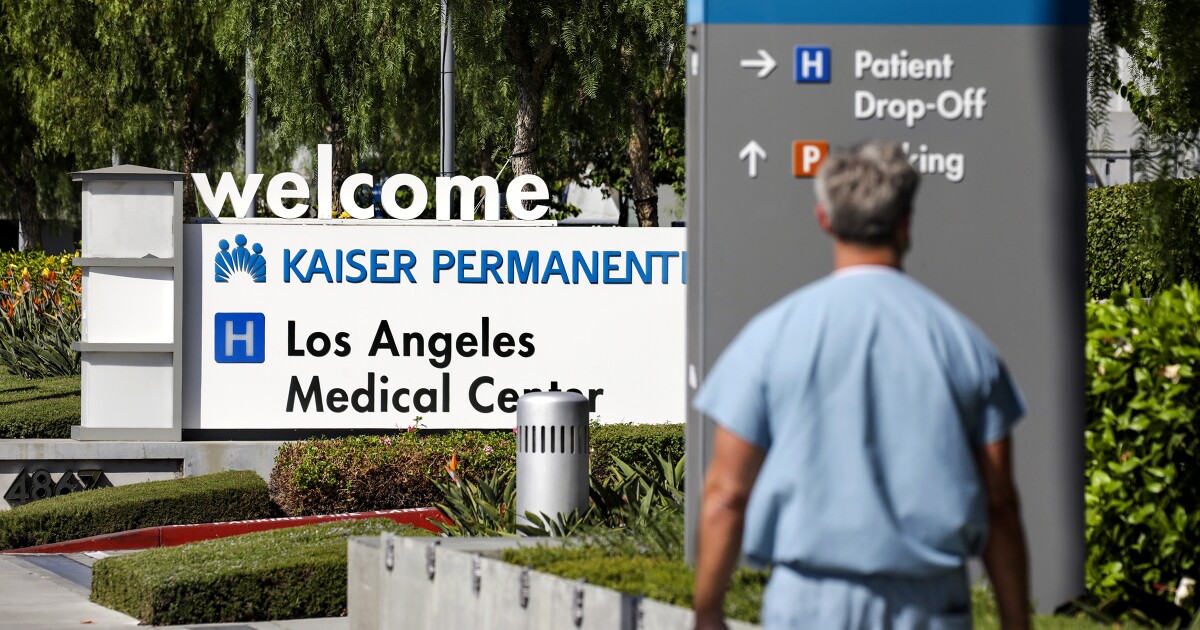