Personal support worker Mark Clancy of London, Ont., was making $16.50 an hour when he started working for Paramed Home Health Care Services in 2018.

In four years, the company has boosted its hourly wage by two dollars.

As part of his job, Clancy, 43, travels to clients’ homes, bathes, clothes and feeds them, administers medicine and changes bandages. It’s not an easy job, but Clancy enjoys the work.

He believes, however, that Paramed, which is owned by long-term care conglomerate Extendicare, seems to be more interested in making money than ensuring the well-being of its clients and employees.

I hear all the time about a shortage of PSWs. There’s no shortage of PSWs out there. They are just at jobs that pay and respect them more.– Mark Clancy, PSW, London, Ont.

“It’s nothing but profit,” said Clancy who gave his notice Friday to leave his position as a steward with the London local of SEIU Healthcare, the union representing Paramed employees.

“They [Paramed] kind of screw about their workers for the profit. It’s hard enough out there making a living with today being the way it is,” he said.

CBC News spoke to Clancy and three other Paramed employees in London who wished to remain anonymous for fear of job repercussions. But the three echoed Clancy’s concerns over wages, hours and gas mileage, and worried the company was sending underqualified staff to do the work of a PSW.

“As a full-timer you expect to work 75 to 80 hours every two weeks and we’re getting shortchanged,” said Clancy who currently works about 60 hours every two weeks. “They are taking hours and clients from their full-time workers to give to new hires or to home support workers (HSWs) who are paid at a lower rate.”

In an emailed statement this week, Paramed said: “With the current staffing crisis across the home-care sector, there should be no situations where a staff member is getting less hours than they make available to us.”

Paramed employees use their own vehicles to drive to clients’ homes, and Clancy and the other employees CBC News spoke to had concerns about mileage and how much they’re paid while they’re commuting.

Clancy drives about 430 kilometers every two weeks for his job.

We are actively exploring ways to increase support for caregivers in the field and hope to share updates with our team very soon.”– Paramed spokesperson in emailed statement to CBC News

“We get paid separate for travel time,” said Clancy, who admitted those terms were negotiated with the union. “We get less than our normal wage. We get minimum wage for when we’re traveling from client to client.”

They also get paid for gas, but the rates have not increased even as fuel prices have skyrocketed.

“When we bring it up, we get told, ‘Your gas was negotiated in contracts and if your vehicle takes too much gas, I suggest you get a better vehicle,'” he said.

“I barely can afford to work because of the gas prices.”

In the emailed statement, the Paramed spokesperson responded to concerns about rising gas prices.

“While we provide our staff compensation for both travel time and gas mileage, we know gas prices are on the minds of Canadians across the country,” the email said. “We are actively exploring ways to increase support for caregivers in the field and hope to share updates with our team very soon.”

Clancy said Paramed and the union representing employees have been working on a new contact for the London local, but the case has gone to arbitration.

CBC News reached out to Paramed on Friday to get more details about the status of the talks, but had not yet heard back as of late afternoon.

Meanwhile, Clancy said things have come to a boil for many employees.

“I know our company has a very high turnover. People are quitting because they just can’t take it anymore.”

Clancy believes PSWs should be regulated in the same way nurses are by the College of Nurses of Ontario (CNO).

In the spring of 2021, the Ontario government tabled legislation that would establish the Health and Supportive Care Providers Oversight Authority, to regulate individuals providing health and supportive care services, including PSWs.

Since the announcement, there’s been work on putting together an interim board, with a chair and three part-time members in place since March 25, 2022, according to the province’s website. In an email Friday from the Ministry of Health, a spokesperson said the bill received royal assent on June 3, 2021.

CBC News on Friday tried to reach the province to comment on where the proposed legislation stands but hadn’t yet heard back at time of publication.

“I want a body that regulates PSWs that makes sure that we’re getting livable wages,” said Clancy. “The government has kicked in the $3 top-up, which has really helped a lot,” but it’s still not enough, he said.

Paramed in London held a job fair on Friday

During the pandemic, the Ontario government began topping up the pay of PSWs by $3 an hour and has since made that boost permanent, bringing Clancy’s total hourly wages from $18.50 to $21.50.

“I honestly think that any PSW that has a certificate, that is out in the field, should be making a minimum of $25.”

He also wants more oversight about companies such as Paramed.

“I went to a Tim Hortons one day on my shift and I was talking with one of the workers about being a PSW and they laughed and said, ‘There’s three of us in this Tim Hortons alone that are PSWs,’ but they make more money at Tim Hortons.”

Personal Support Worker Mark Clancy tells London Morning about the less than ideal conditions for workers and clients of Paramed. 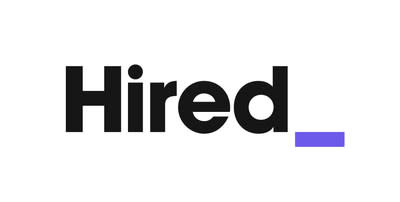 Why More Police Funding Is No Route to Public Safety